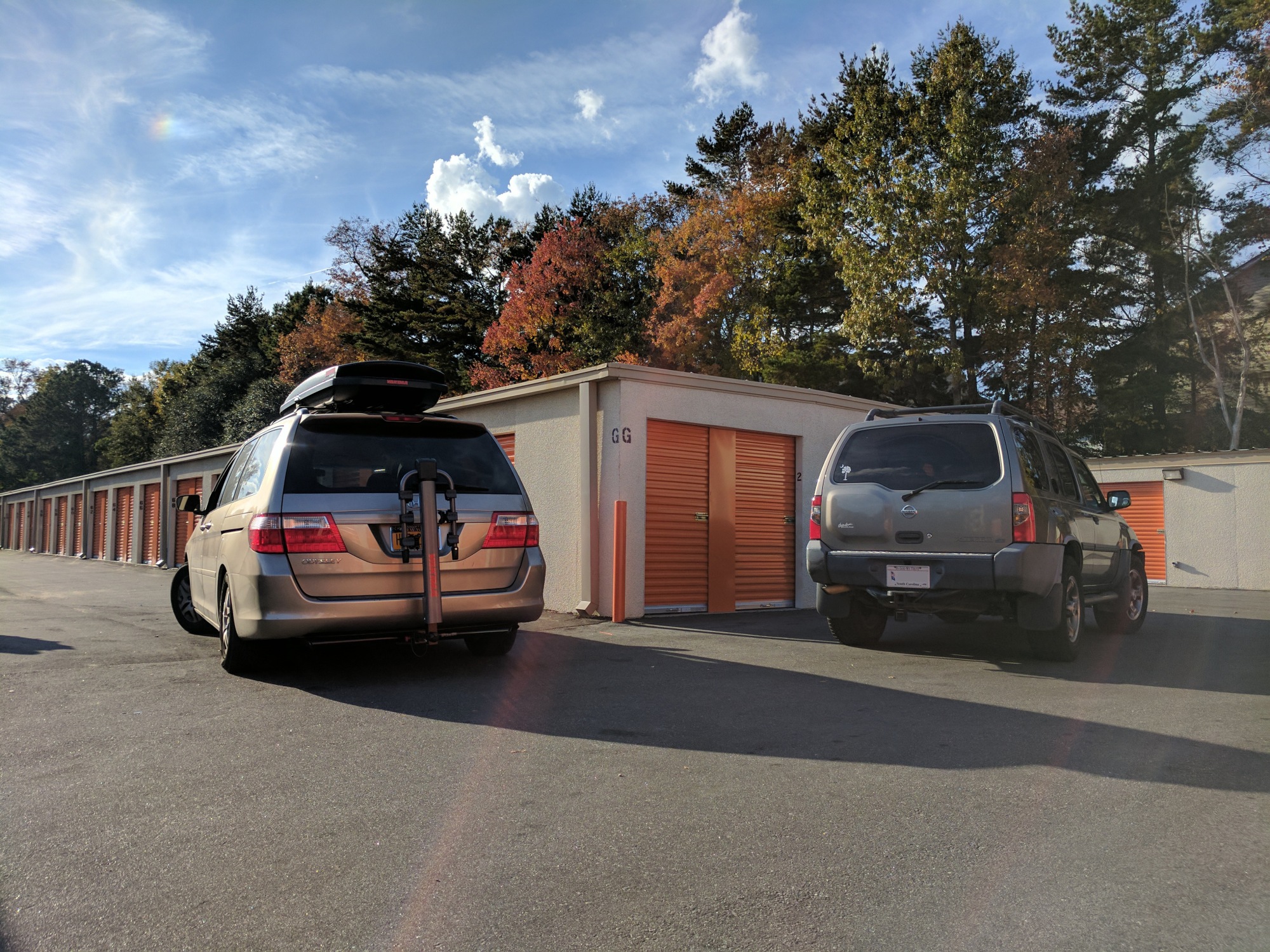 Justifying a nomadic lifestyle while maintaining a job requires a few vital considerations, such as availability. Or, in layman’s terms, “how the heck can you be driving around the country and working at the same time?”

Well, here’s a realization that might impress and depress you: Hailey and I will have better availability during this trip than we would as conventional employees, and the same probably goes for you.

Let’s take Hailey as the example. Here was her NYC commute: 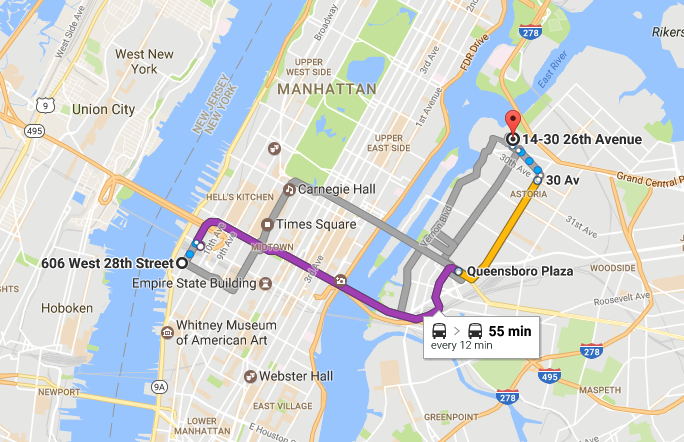 That’s fifty-five minutes one way, plus about ten minutes for Google Maps’ underestimation… but let’s just call it an hour. That’s one hour where she’s either underground, or standing face-to-armpit with a bunch of people on the train, or power-walking through a sea of other people. She’s virtually unavailable to do any useful work, and that happens twice a day, resulting in a total of two hours’ lost productivity. That’s the life of a commuter, and we all nod our heads in agreement that it’s an inevitable part of work; a lose/lose situation for employer and employee.

So, here’s the funny thing: if you add up all those trips back and forth all year, you get 500 hours that are simply… lost. 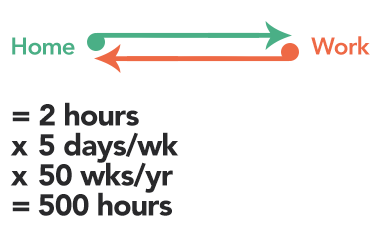 They’re not your hours, they’re not your company’s hours… they’re just the in-between time. That’s a ton of time she’s squandering, and it doesn’t come back. So, what could Hailey be doing with those 500 hours instead? Turns out, she could actually drive around the entire United States Of America — and have some productivity hours to spare.

The distance calculated for Rogue Trip pans out to roughly 18,000 miles, which equates to 50 miles of driving a day, or about 90 minutes of driving if we’re honest. At 90 minutes of lost productivity per day, she’s already gained her company 30 minutes over the 120 of her previous commute. Then of course, there’s the fact that I’m also driving, which means she’ll spend half  the time in the passenger seat, fully available to work. So, on the whole, Hailey’s actual productivity gap during any given day of the trip will be ~45 minutes, as opposed to her original 120. Effectively, the trip is gifting her company 75 more minutes of productivity per day, i.e., 300 hours a year, i.e. a 14-month employee working for a 12-month salary. And she doesn’t have to smell anyone’s 8am armpits anymore. Win/win.

Now, we’re not unrealistic. There will certainly be days where we’re driving several hours beyond our 50-mile average, especially after spending a few consecutive days shacked up at a friend’s house. But it can also be said that we’ll do a lot of that driving on the weekends, which is unrelated to company time. We’ll have to see how the dice roll, but for now I’ll call that a draw, and say the math still stands.

The takeaway is that, for many people in America — city folk, at least — the amount of time spent wearing down your mundane home-to-work path is so immense that if you were to unravel it, the trips would span our entire nation. And what’s more, that time isn’t owned by anyone. Your job expects you to be available for work; how you get there is up to you.

Rogue Trip is partially inspired by our drive to mutually improve work environments. What we have here is a prime example of that mutual benefit, where both employer and employee come out ahead thanks to the efficiencies of remote work. Will it work for you? Hard to say, but you owe it to yourself to make the case.