Confused about when our road trip will actually start? Be confused no more! Well, be confused for just a few paragraphs longer, at least. Then everything will be cool.

Prior to actually launching into our road trip, we had an even more hectic travel itinerary revolving around moving to Florida, putting extraneous crap in storage, spending time with family, and fulfilling work obligations. Here is that list:

And here we are finally leaving our Jacksonville home base, after a month of prepping the van and overthinking how many flashlights to pack. Six flashlights. That was the consensus.

It’s important to have a home base for sanity’s sake, and we recommend it to anyone venturing out on a lengthy road trip. Home is where your junk mail grows old. It’s where you send unplanned Amazon purchases. And, it’s where you pay your taxes… which in the case of Florida, is zero taxes. You know what they say: when life gives you lemons, give yourself a raise.

But this home base in particular was a great experience for us, as it was provided courtesy of Barbara and Rich. See any resemblance? If you answered Barbara, I’m flattered, but no. This is the place my dad calls home, and these two fine folks happily hosted us during our January prep period. The card they’re holding reads, “Pit Stop #1”, and we’ll get into the meaning of the cards in a future post. We’ll also have a future post on all the work my dad did on the minivan, which is nothing short of transformative.

Barbara and Hailey knew they were spending too much time together when they started ordering the same pants and iPhone cases. 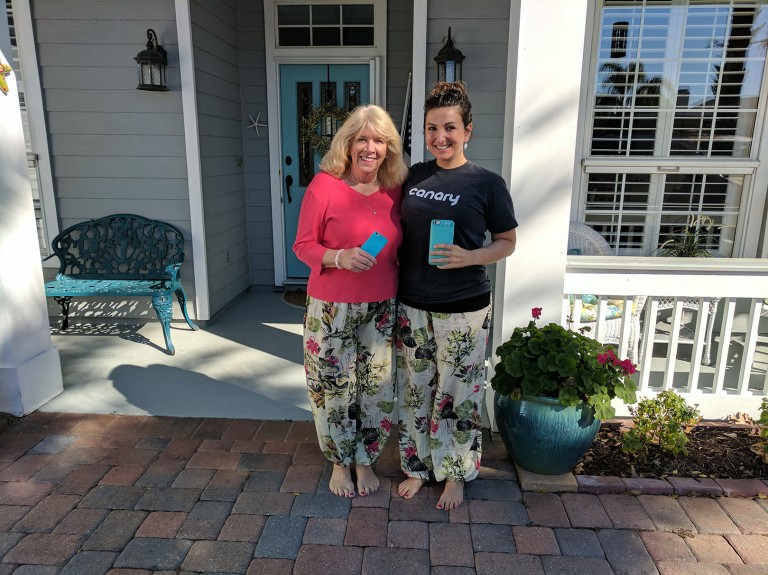 Y’all also got the Batmobile just casually parked next to a taco stand. Riddle me that. 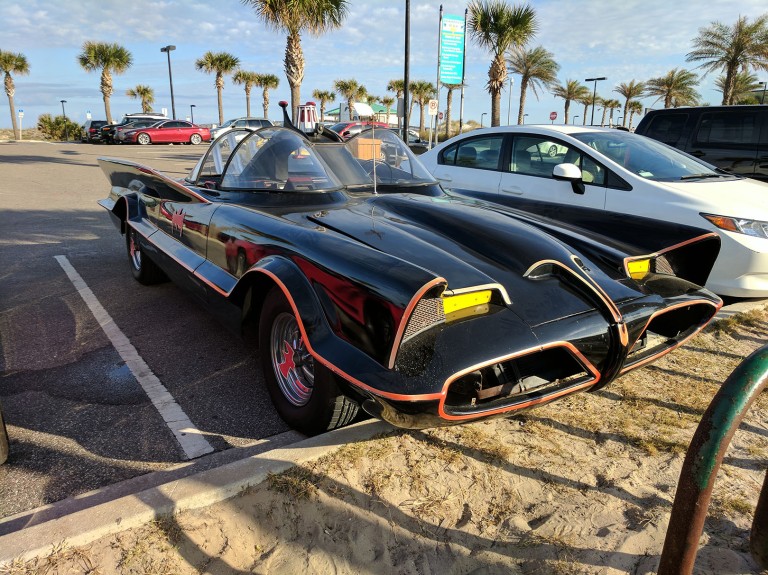 Right before setting off for our next port-of-call, the Jacksonville family got a little bigger, with Hailey’s dad dropping into the Mayo Clinic for his surgery, and sis Hannah Kay driving down to make it a party. Leaving Jax on a positive note! 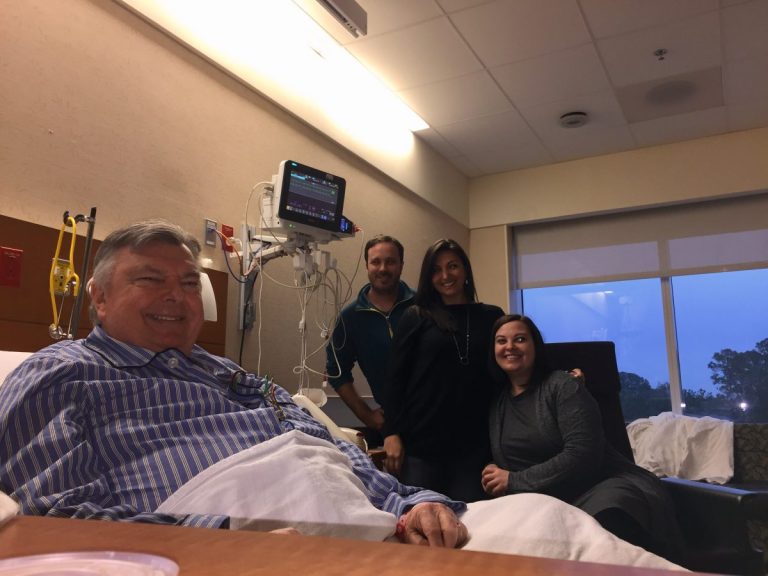 Pit Stop #2 coincided beautifully with a work trip we had to take to Sarasota. Just a few miles up the road is Hailey’s dear friend Emmy and her three cuties. Tornado warnings be damned, we hopped over to her house and enjoyed a few hours of stirring conversation led by a sassy seven-year-old.

The job posted us up at Longboat Key Resort, and there wasn’t a complaint to be had. Paid vacation, if you ask me. 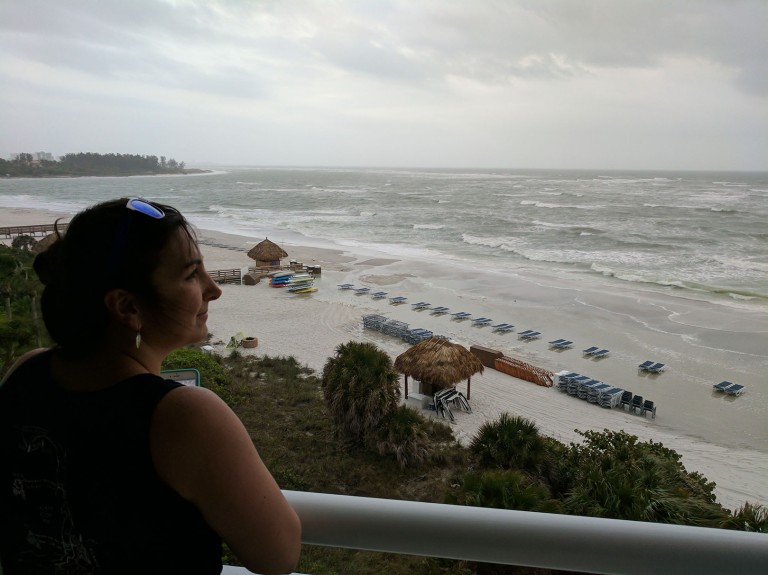 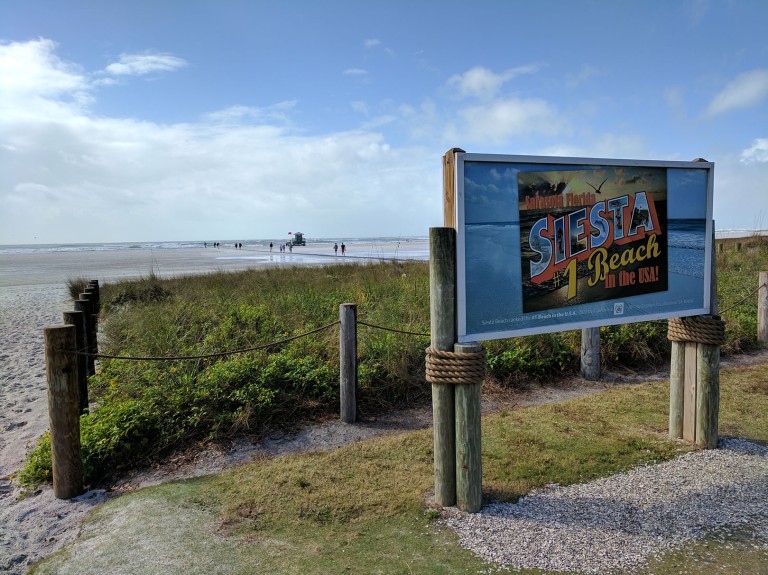 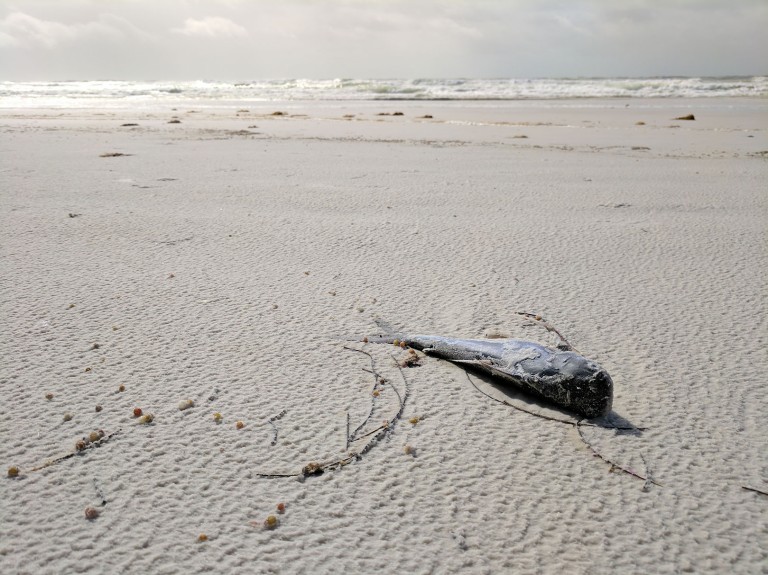 Oh, except for the Red Tide. We found out about it first-hand while frolicking around on America’s supposed #1 beach, Siesta Key. Every once in a while (and in the Gulf more than anywhere else in the U.S.), algae get a little rowdy and start clogging up the works, killing sea life and washing them ashore, as you see here. For most humans, it turns the water and beach air into an irritant, which leaves you coughing and sneezing and scratching. Guess we’ll wait ’til we hit the panhandle in a few weeks to enjoy those warm Gulf Coast waters. 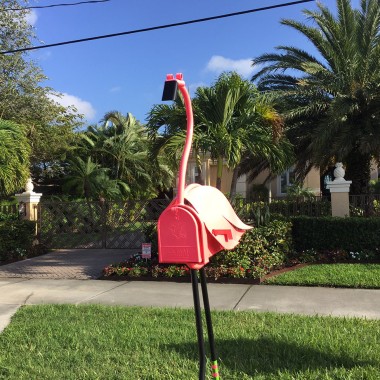 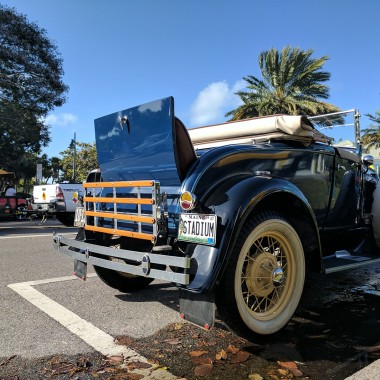 Sarasota’s got a lot of love for John Ringling, most prominent member of the Ringling Brothers’ circus empire. He and his cronies had at one point bought up 25% of the land in Sarasota, a move spurred on by the ground-breaking epiphany that New York winters suck.

Ringling eventually left his assets to the state of Florida, including Ca’ d’Zan: a coastal mansion befitting his “richest men in the world list” status and designed as an homage to the Doge’s Palace in Venice. It sounds lovely; we didn’t visit. Work trip, remember? Discipline!

On our way back up from Sarasota, we dropped into St. Pete for Pit Stop #3 with Andrea — yet another friend from Hailey’s Charleston days. Andrea and Troy welcomed us with a tour of the Edge District, which even by my snobby Brooklyn standards, was a hip area. Dinner was at a Mexican-Thai fusion restaurant named Nitally’s and staffed by what appeared to be a few ex-wrestlers. The Panang Curry Burrito is culinary heresy not to be missed. 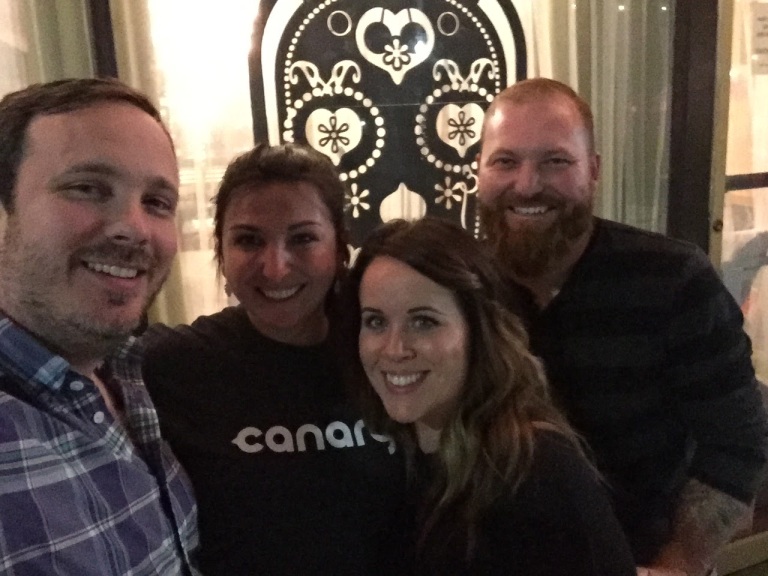 All the Gulf Coast beach-going left us with wet pants and stinky feet, so we hung it all out the window and made tracks for Savannah Georgia, which — I promise — is where our travels will start to make more sense. See you next time!